Life cycle of the honeybees

Honeybees gained national attention last month when Michelle Obama installed two hives in her organic White House garden. I’m excited about the stream of children and adults who will visit and become inspired to care for bees. About one-third of our human diet comes from insect-pollinated plants and the honeybee is responsible for 80 percent of that pollination.

Spring is the time of year to establish new colonies because it’s the season when the bees are expanding their populations. Wintertime colonies typically number about 10,000 individual bees, but now in springtime the queen bee in each hive is busy laying as many as 2,000 new eggs a day. By early summer a healthy hive will house 40,000-60,000 residents!

When a new bee is born it crawls out of its nest built within a tiny hexagon of pristine wax. Male bees are drones, named for the low humming noises they make, and are large and hairy with huge eyes. They are free to travel and visit other bee colonies, perhaps as ambassadors and communicators. During the warm late spring and summer days thousands of drones congregate with other neighborhood males high up in the sky just above the treetops in “drone zones.” This congregation of males from different colonies ensures genetic diversity for the queens who will soon appear. The drones wait patiently until they meet and mate with a queen bee during her virgin flight. After mating in the air, the drones die, hopefully ecstatic up to that point, and plunge to earth. The queen mates with about a dozen drones and goes home filled with a lifetime supply of sperm. The queen bee is by far the longest-lived member of the hive, living up to three years, much longer than the six weeks to three-month life span of the other bees. By the end of August, the drones’ work is done and they will die at 3 months of age and the queen will lay no more drone eggs until the next spring.

Throughout the brief but wondrous life of a female worker honeybee, thirteen different glands fire up and then recede to assist in the current task of the bee. When a female bee emerges from her shining cell of wax she quickly goes to work cleaning out used cells and readying them for new brood. She does this with juice from a specialized salivary gland. Her next task is to feed the baby bees (brood) with royal jelly, nutritious “milk” produced from yet another gland near their mouth. The brood is also fed with “bee bread,” a mix of pollen and honey. A circle of female bees constantly attends the queen, feeding her with royal jelly and assisting her with the all-important work of egg laying. In other parts of the hive, bees are busy creating new comb from tiny drops of wax secreted from their wax glands. The comb will soon be filled with pollen and nectar that slowly evaporates and ages into exquisite honey. Next, the versatile worker bees become guards, and start to use their bee sting venom glands.

After about a month of housework, the female bees graduate and go outside into the sunlight for the first time. They emerge as part of a great cloud of comrades, turn around and face their hive, and staying within a few feet of their home, fly in lazy lemniscates (figure eights.) They are orienting by memorizing the outline of the horizon behind their home. Now they can begin their foraging career. During one sunny warm day a bee will visit hundreds of individual flowers, gathering nectar and pollen to bring back to the hive and at the same time performing the invaluable work of pollination, spreading pollen dust from flower to flower. After a few weeks of foraging, a honeybee will finally fly her delicate wings to tatters and will die at about 6 weeks of age.

On a 45-minute foraging flight, a bee visits 200-300 flowers of the same plant species. Honeybees are known to be “faithful to flowers”, because they will continue to visit only the same kinds of flowers as long as they are blooming. This consistency is what makes honeybees such desirable pollinators compared to other native bees and insects that tend to flit from species to species. Honeybees fill their crops (honey pouches) with nectar equaling half of their body weight. Honeybees from a typical hive visit around 225,000 flowers per day. The bees make an average of 1,600 round trips and will travel up to three miles from the hive in order to produce one ounce of honey. To make one pound of honey, honeybees must visit some 2 million flowers and fly about 55,000 miles.

The next time you spread a delicious nutritious spoonful of honey on your toast, take a minute to marvel upon the complexity within each drop of honey.

“Honey is something so valuable that it is impossible to put a price on it.”
Rudolf Steiner 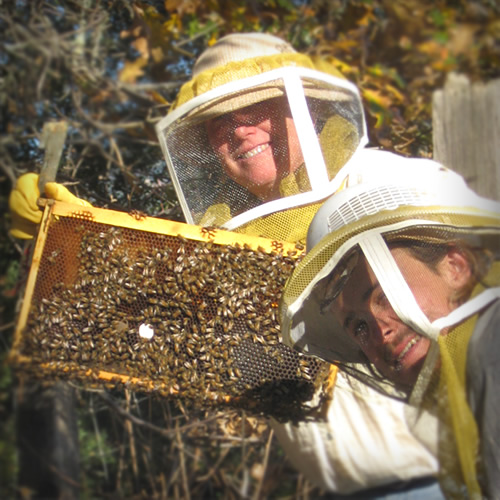 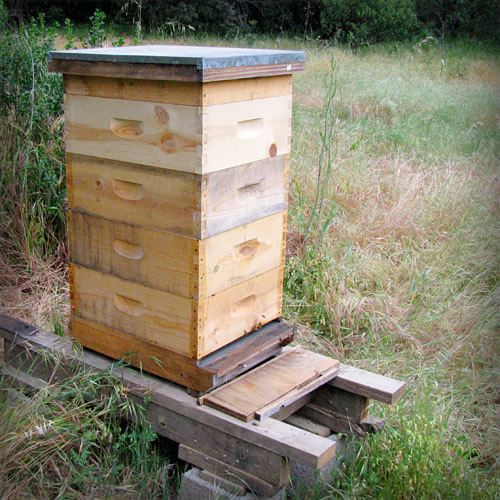