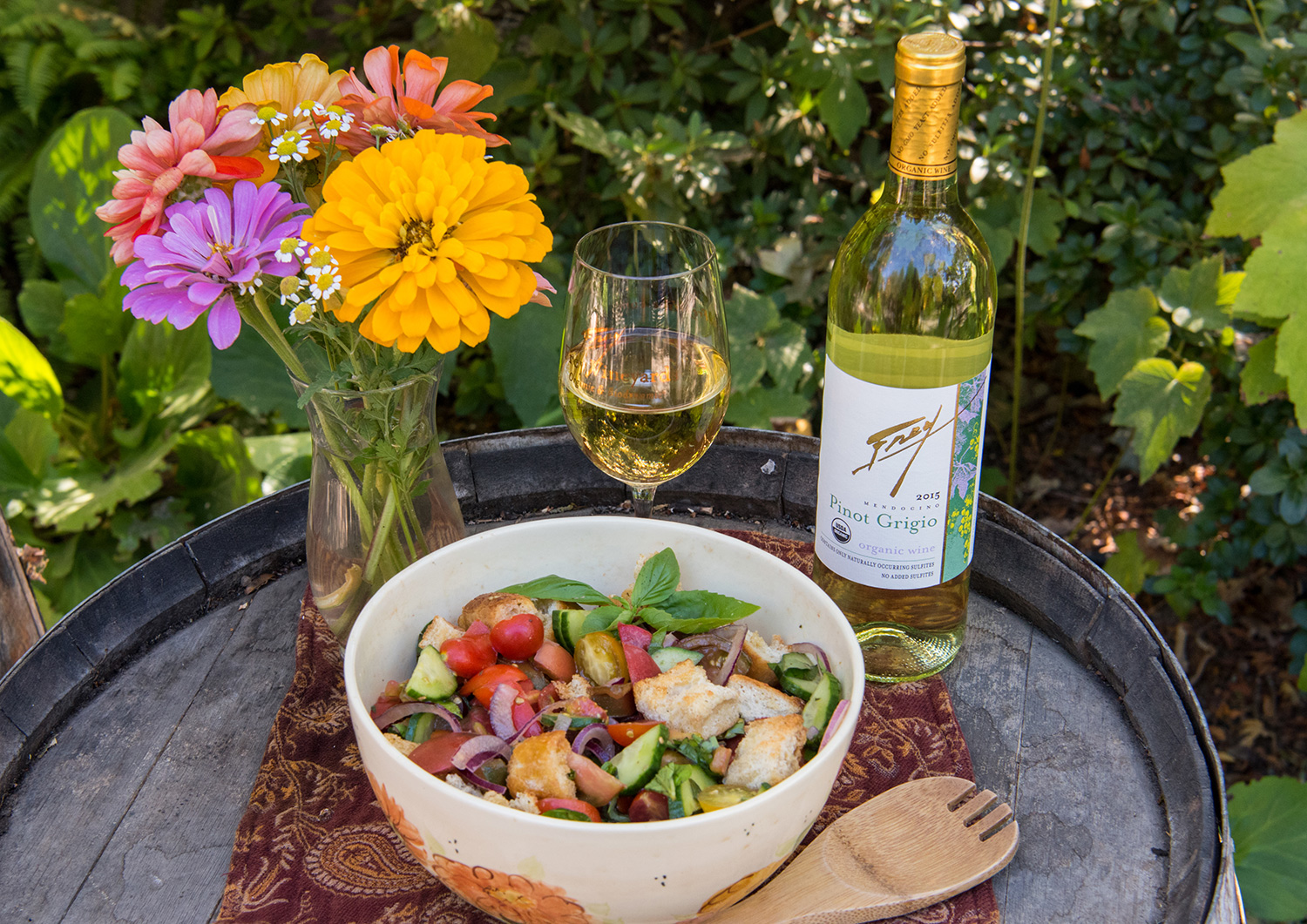 Instructions
• Heat the oven to 350 degrees.
• Heat 1/4 cup of olive oil in a large oven-proof skillet over medium heat.
• Remove the skillet from the heat, add crushed garlic and bread and mix well.
• Transfer skillet to the oven and bake for 15 minutes until the bread is golden brown. Let it cool down.
• In the meantime, prepare the tomatoes. Cut the cherry tomatoes in half, and core and slice the large tomatoes into medium cubes.
• In a large bowl, mix tomatoes, cucumbers and onions.
• Combine vinegar with remaining olive oil, salt and pepper and pour over the salad. Mix well.
• Add toasted bread and basil, and toss everything together.
• Enjoy with a glass of Frey Organic Pinot Grigio!