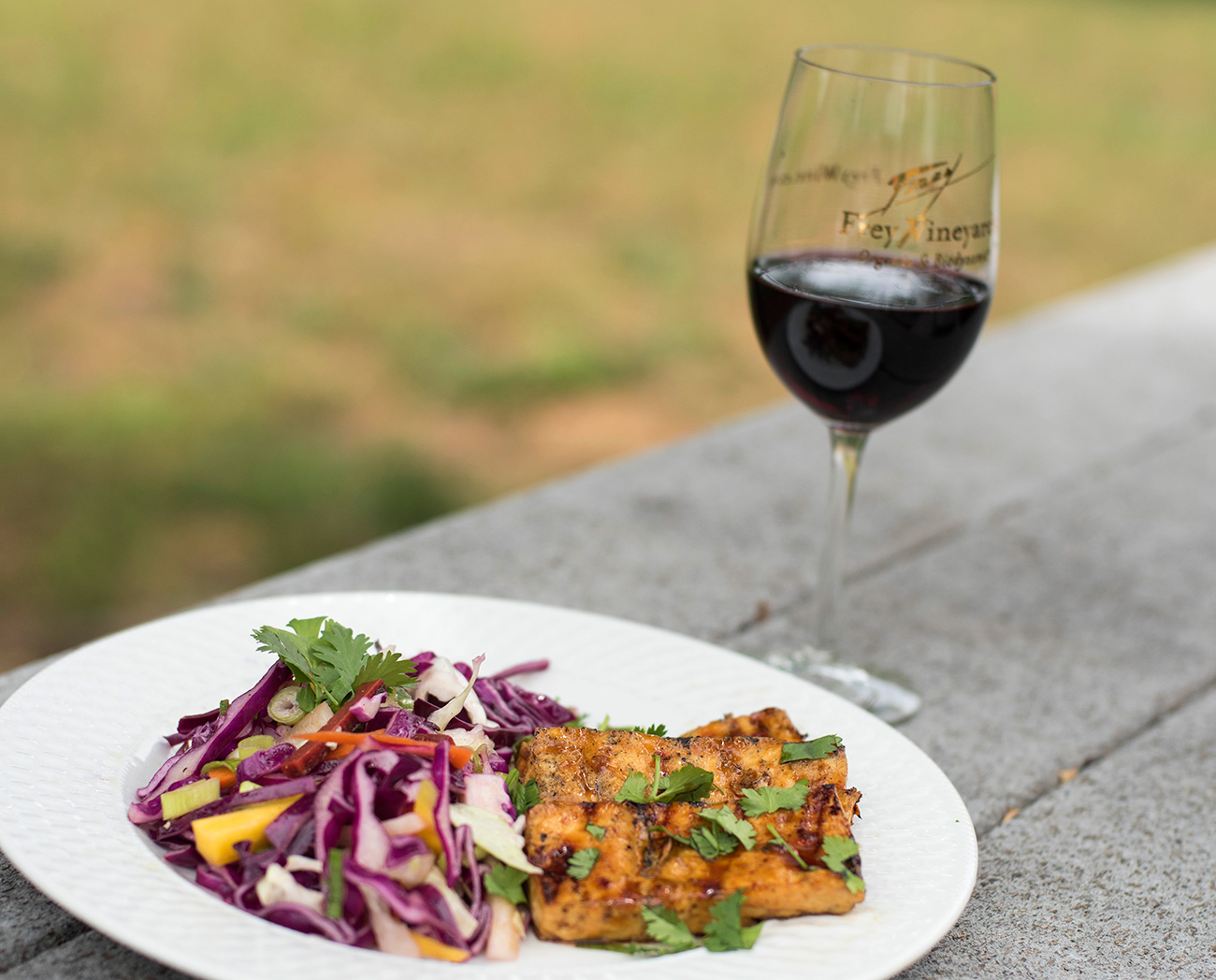 This tofu has a wonderfully soft, silky texture that contrasts nicely with the crisp, sweet and spicy Asian style grilled glaze. Enjoy this tasty meal with friends, family, and a bottle or two of Frey red wine. Cheers!

1. For the Marinade: bring water to a boil, add soy sauce and chili garlic sauce, turn off heat and add tofu. Allow tofu to marinate for 20 minutes.
2. For the Glaze: simmer the soy sauce, water, sugar, mirin, ginger, garlic, cornstarch, and chili-garlic sauce in small saucepan over medium-high heat until thickened and reduced to ¾ cups, for 5-7 minutes.
3. For the tofu: Drain tofu from marinade and spread over paper towel-lined baking sheet, let drain for 20 minutes, then gently press dry with paper towels. Brush tofu with oil and season with salt and paper
4. For the Grill: Turn all burners to high, cover, and heat grill until hot, about 15 minutes. Leave all burners on high.
Clean and oil cooking grate. Gently place tofu on grill, perpendicular to grate bars. Cook until lightly browned on both sides, 6-10 minutes. Gently flip tofu halfway through cooking using 2 spatulas. Next, turn all burners to medium and brush tofu with glaze and cook until well browned, 1-2 minutes. Flip tofu, brush with glaze and cook until well browned. Transfer tofu to platter, brush with remaining ¼ cup glaze, and sprinkle with cilantro. Serve with Asian coleslaw and a glass of Frey organic Sangiovese or Zinfandel.  Enjoy! 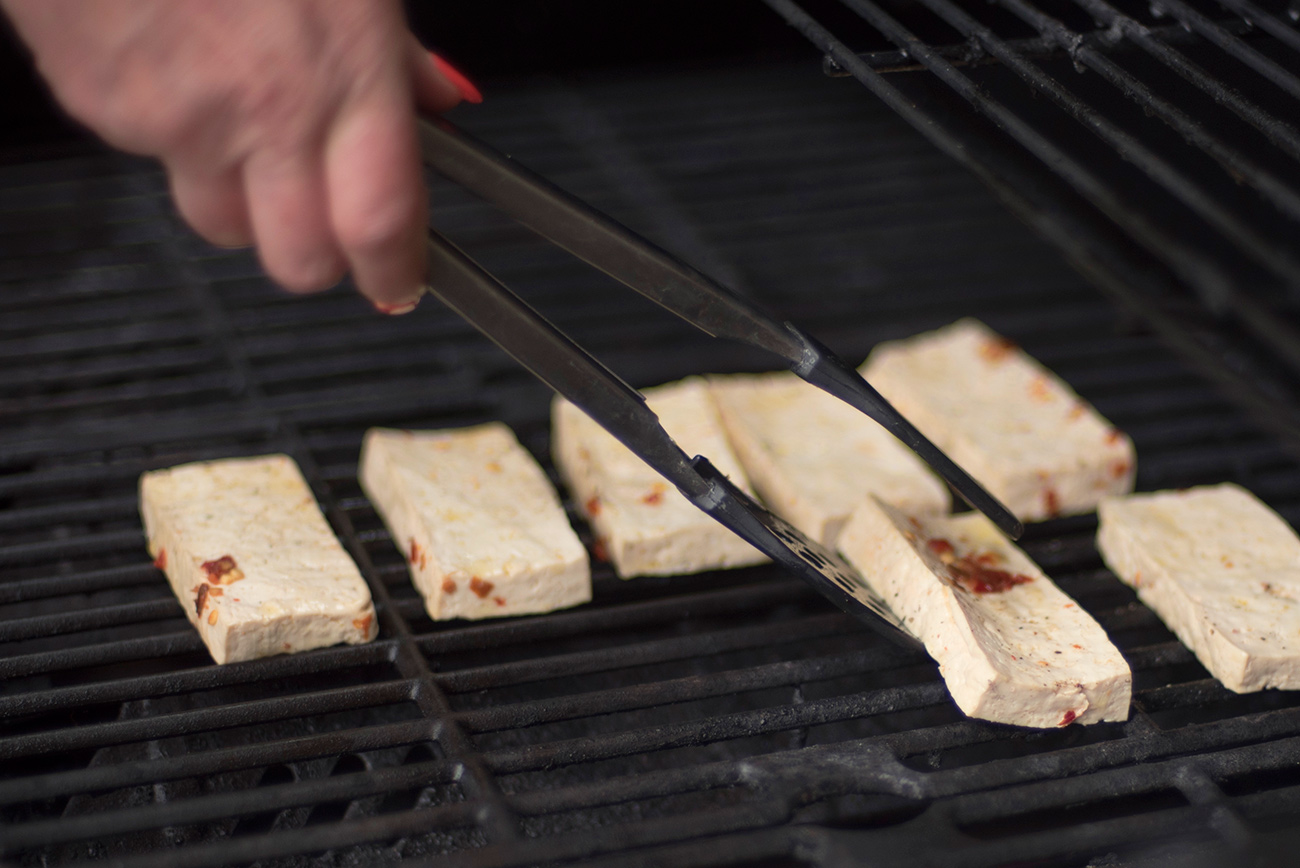 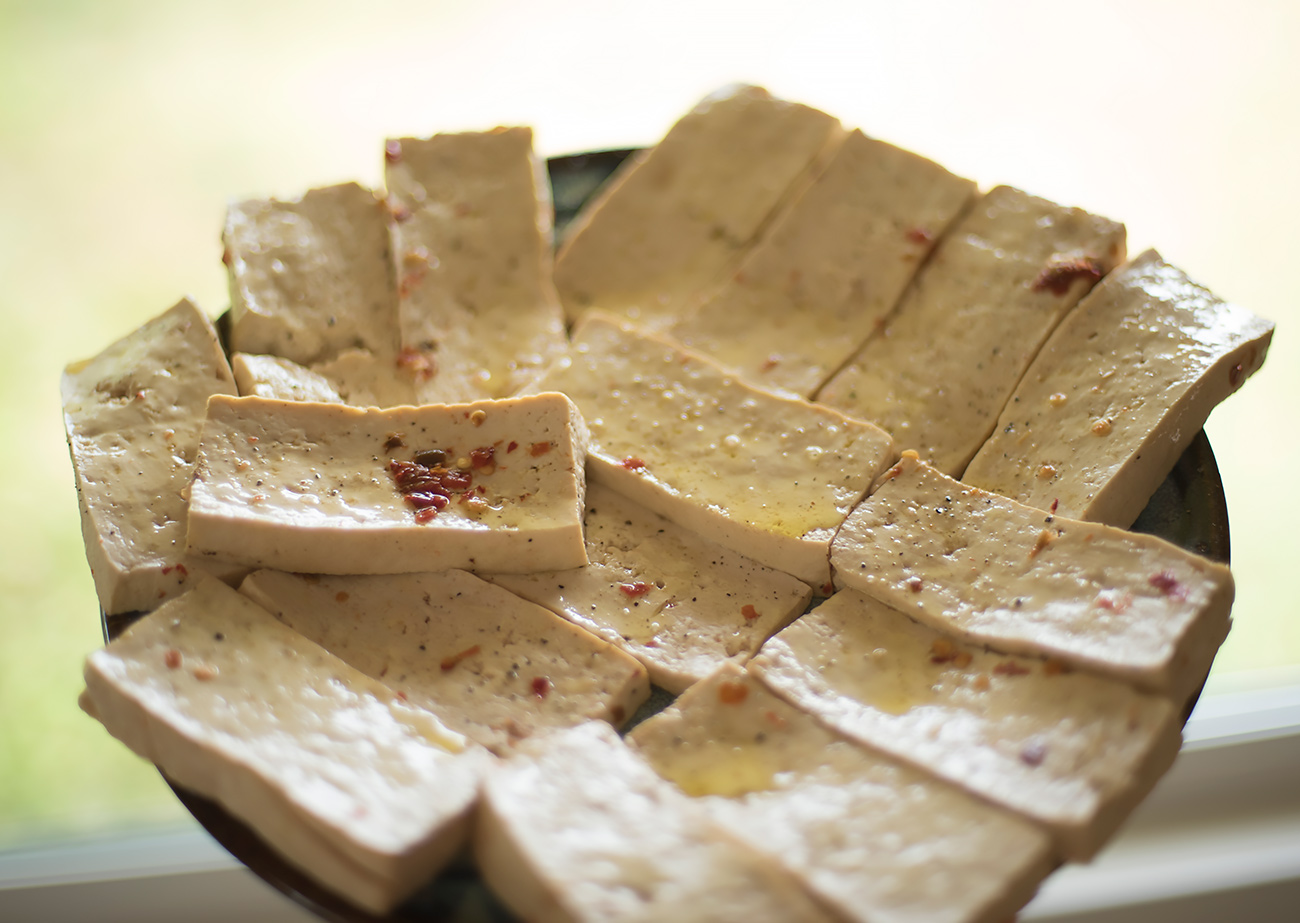 Here at Frey Vineyards we are longtime eclipse-chasers.  Our penchant for gazing upward was instilled at an early age by Paul Frey Sr. Two of his twelve children, Jonathan and Paul Frey, studied physics and astrophysics at University of California Santa Cruz and went on to become winemakers for the winery.  Jonathan and his wife Katrina traveled with brother Nathan Frey to Baja in 1990 to see their first total solar eclipse.  At high noon, as the sky began to darken, they stood on a hillside looking down at a Mexican family farm.  Chickens flew up to their roosts in the trees and the cows turned around and headed to their beds in the barn and the glory of the eclipse began.

Katrina and Jonathan’s most recent eclipse trip was on a Sky and Telescope cruise to Indonesia to see the 2016 solar eclipse over the Indian Ocean.  On board they met Polly White and Michael Zeiler of The Great American Eclipse, who were getting fellow travelers excited about the August 21st, 2017 eclipse that will streak coast to coast across North America.  One day on the deck of the ship, Polly and Katrina hatched a plan to craft an exclusive wine to honor this extraordinary event.

What started out as just one wine quickly become three when the opportunity arose to debut Frey Vineyard’s first-ever organic non-sulfited sparkling wine. On a previous eclipse journey to Mongolia in 2008 Katrina and Jonathan met fellow eclipse-chaser Dr. Lobster.  We called upon him for inspiration for the back label texts.  Frey label designer Nicole Paisley Martensen culled vintage engravings from old astronomy books, and furthered her research with excellent resources from eclipse authority Fred Espenak.

We are proud to bring you Umbra Organic Zinfandel, Umbra Organic Chardonnay, and Totality, our first organic sparkling wine.  We’re looking forward to toasting the cosmos on August 21st!

“Umbra” is the dark inner shadow of the moon.

“Totality” is the period of a solar eclipse when the moon completely covers the sun.

For more information on the best places to view the August 21st, 2017 eclipse and to order eclipse-viewing glasses that make it safe for viewing the partial phases of this grand spectacle, log on to The Great American Eclipse.