Sometimes it’s what’s under our noses that is most readily overlooked.  Take Frey wine for example.  Every day, I answer customers’ questions and extol the virtues of our organic and Biodynamic wine being free of harmful pesticides, free of added sulfites, and free of gluten.  I explain how we use holistic vineyard management to sustain a healthy balance in the vineyard instead of reaching for chemical sprays and fertilizers, and how we rely only on naturally occurring sulfites on the skins of grapes without adding any extra sulfites.  “And yes, all our wines are gluten-free,” I assuredly confirm.

“But why would wine not be gluten-free?” I found myself asking a year ago, just after I was diagnosed with celiac disease, an auto-immune disease that results in gluten intolerance.  Traditional wine is made entirely from fermented grapes and yeast, not wheat, barley, or rye, the glutinous foes of any celiac sufferer. I had already switched to gluten-free beer at that point to avoid the barley in regular brew; why would wine other than Frey suddenly be on the chopping block? And, if other wine is at risk from gluten, what is it that makes Frey wine inherently gluten-free?

I went straight to the source and asked our winemaker, Paul Frey.  From my conversation with Paul I learned that wine can come into contact with gluten at two different points during the winemaking process.  The first is through the barrel itself.  At some cooperages, barrel makers put a small amount of wheat paste in the croze, or groove carved into the top of the staves that secures the barrel head, to help seal the barrel.  Although this is known to be a traditionally European practice, several California cooperages I contacted, including barrel makers for Constellation Brands, and Stavin, a popular barrel liner company, use an unbleached flour paste to assure a leak-proof seal on the barrel head.  At Frey, we ferment our wine in stainless steel tanks, eliminating the need for any barrel contact.  In some of our reds, where oak aging is desired, we submerge oak barrel stave chips that have never had contact with wheat paste.  These virgin chips impart an oaky flavor that adds a layer of depth and complexity to our wines.

The second point that gluten can be used in winemaking is during the fining process, which is done to clarify wine.   The practice of fining involves using a fining agent to react with color and/or tannin molecules to make them removable by subsequent filtration. Both the fining agent and the color or tannins it reacts with are removed by the filtering; the particles bind to the solids and drop out because they are heavier than the wine.  Common fining agents are often protein-based and can include micronized wheat, potassium caseinate (casein is milk protein), food-grade gelatin, egg albumin, or isinglass powder, made from fish bladders.  At Frey, we only filter our white wines and we only use bentonite clay as a fining agent.  For our reds, Paul Frey prefers other less manipulative techniques to clarify, like softening by aeration.  Not only does this mean that our organic wines are free of gluten, but they are also vegan-friendly, because no animal products were used as a fining agent.

Studies have shown that wines fined with wheat show test results with residual gluten levels below the 20ppm threshold required for gluten-free status.  And for those wines that are fermented in barrels, most wineries thoroughly pressure wash all barrels with boiling water or steam-clean them before they are used, which would potentially cut down on the possibility of cross-contamination.  However, in an effort to control my celiac disease, I‘ve ransacked my medicine cabinet to toss out lip gloss and hairspray made with wheat protein, run out and bought a new cutting board (no crumbs!), and I confine my martini-mixing to potato vodka only.  Why would I risk cross-contamination in wine?  I do love wine from all over the globe, but knowing what I know now I plan to research a winery a little more ahead of time, seek out wines fermented only in stainless steel, and ask questions about what types of fining agents are used.  Most assuredly, I know I can always enjoy a glass of Frey wine with confidence! 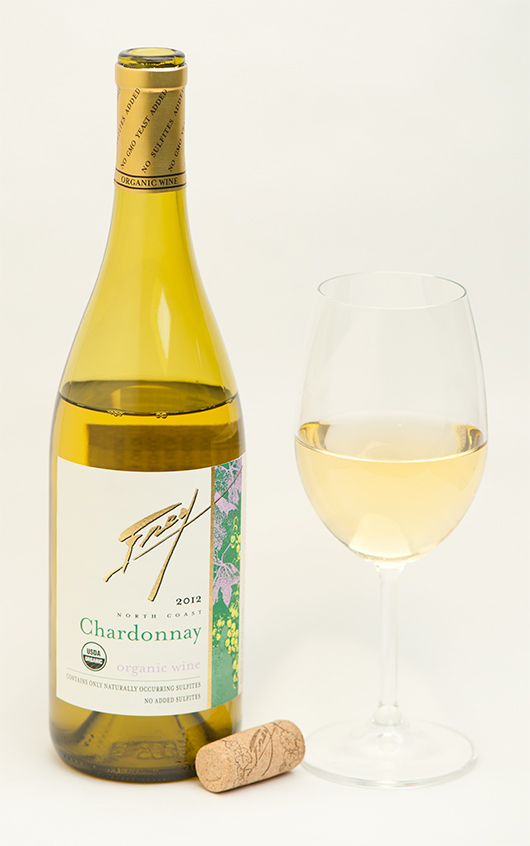 All Frey Wines are gluten-free!

Kris
@ Jul 23, 2022 at 3:20 PM
I also have celiacs but have found wine to be extremely helpful to my digestion if I consume a small amount every day. Until finding this wine I was going through alot of trouble trying to make my own wine but had very low success rate and am very glad to have found this wine THANKYOU thankyou so much for existing and making my life so much easier now that I can just go buy a bottle of wine instead of going through so much work to make it and have it fail half the time!