Triplets on the Farm 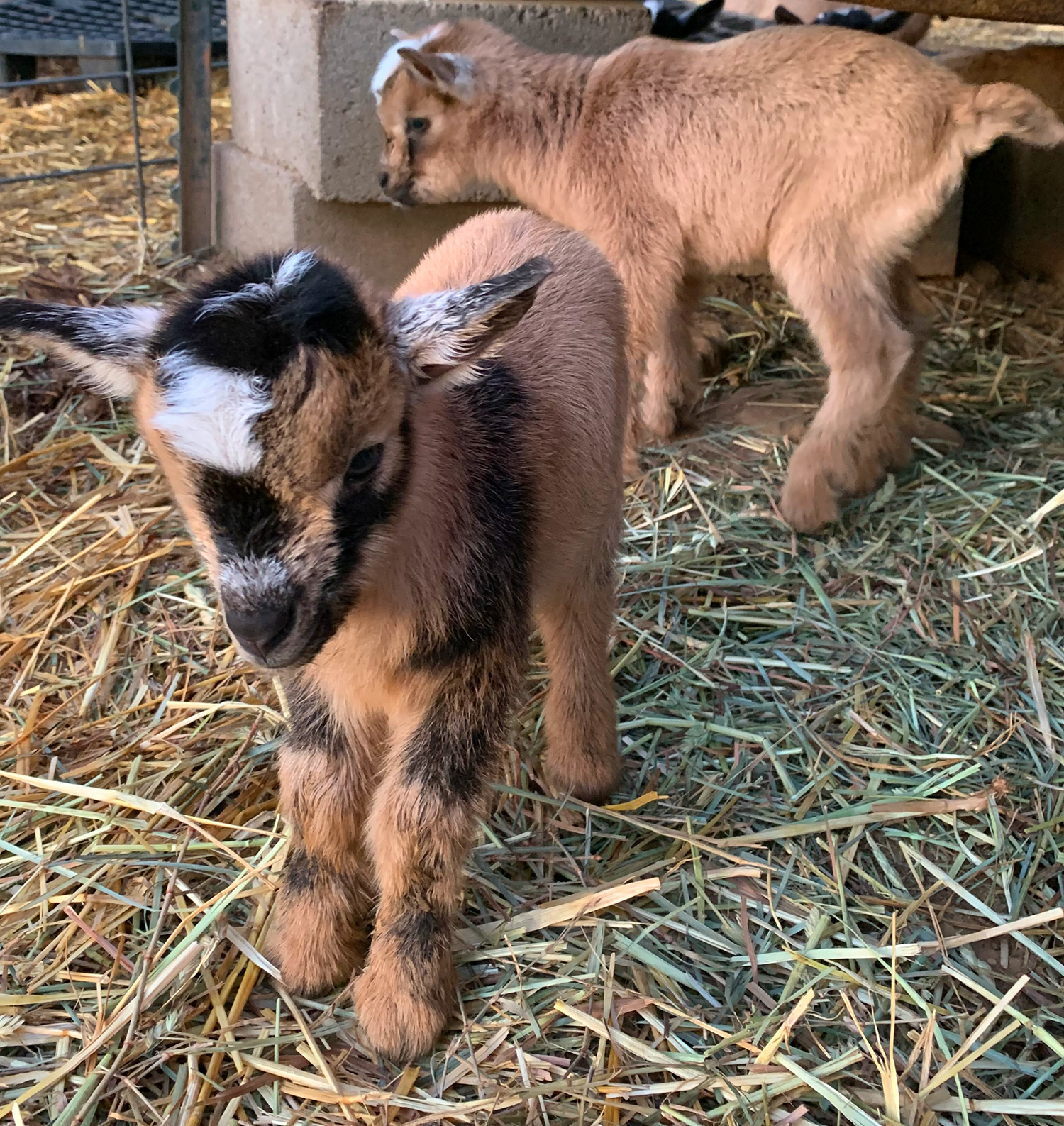 Recently our Oberhasli goat, named Peanut, had her first birth to triplets!  Two baby does and a buckling arrived on Tuesday to much jubilation from the farm crew.  While twins are most common for goats who have two nipples to nurse two babies, triplets are not unheard of.  In my many years of goat tending, I have had a few sets of triplets and a few singletons too.

Throughout the birthing day we came to check on mama Peanut to make sure she was progressing well.  There's a ligament where the tail attaches that becomes like jelly when the mama is ready to give birth.  Her udder "bagged up" with colostrum in preparation to nourish her young offspring.  Additionally, Peanut began breathing more heavily than usual and sequestered herself off to one side of the pen; goats are typically very social animals and prefer each other's company to solitude.  Just after dark we started a small fire to help us stay warm throughout the evening.  In between checks on mama we made tea and enjoyed the night sky. Warm brews in hand, Peanut began to push around 8pm.  She made steady progress and the first baby Grogu arrived (so named for the Star Wars Mandalorian series character that is the same alien species as Yoda, replete with ears jutting out at adorable angles).

Peanut had been very pregnant and very wide, so I was not the least bit surprised when baby Mitzvah arrived.  Her name means good deed, which she accomplished by being born a baby girl goat.  The babies’ father, Little Jimmy Dickens, had only thrown boy goats so far this season.  After some celebration and reveling in the miracle of birth, we started to move Peanut and her babies to a new pen where they could relax for the evening.  In transit, it became obvious that Peanut had not completed her initiation into motherhood, for a third baby arrived.  The girls were all but identical in their beige coats, and so we named the final baby Matzah, of Jewish flatbread fame – mostly because the girls could be referred to as Mitzy and Matzy and that playful name pairing well reflected their adorable personalities.  The birthing team made sure the babies were properly licked all over by their mother Peanut to stimulate their tiny bodies to awaken to this world, take to their feet, and attempt their first nursing.  Around 11pm we assisted some first feedings so that the babies could thrive through their first cold night in the world.  There were a few more late-night check-ups to make sure everybody was adjusting to life outside the womb.  A few weeks later now, everyone is enjoying mother's milk and prancing about.

Peanut's mother Apricot had also spent a session with Little Jimmy Dickens in the summer, but didn't take that time.  So she is having a romantic interlude at our neighbor's place where she’ll hopefully come into heat and be able to enjoy motherhood by next Spring.

This smaller and shorter herd of goats will be mowers on the fire protection team, strategically eating the undergrowth on the Frey ranch.  Meanwhile, our herd of larger goats born last Spring began their first browsing of grass between the vineyard rows.  For the past several weeks Aspen, Cally, and Chispa were munching acorns in the South vineyards and nibbling everything else they find on their daily walks around the ranch. 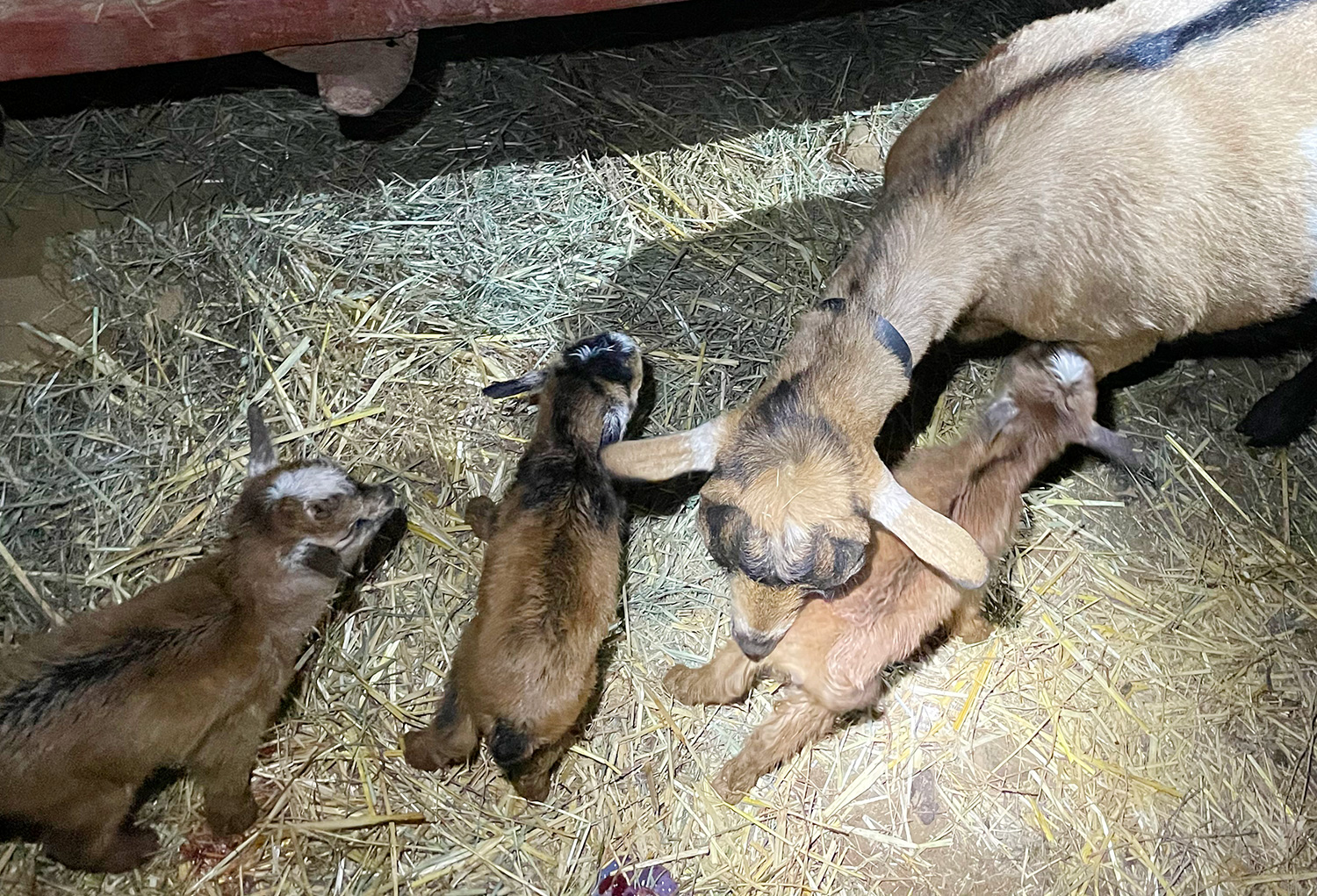 Mama Peaches and her newborn triplits! 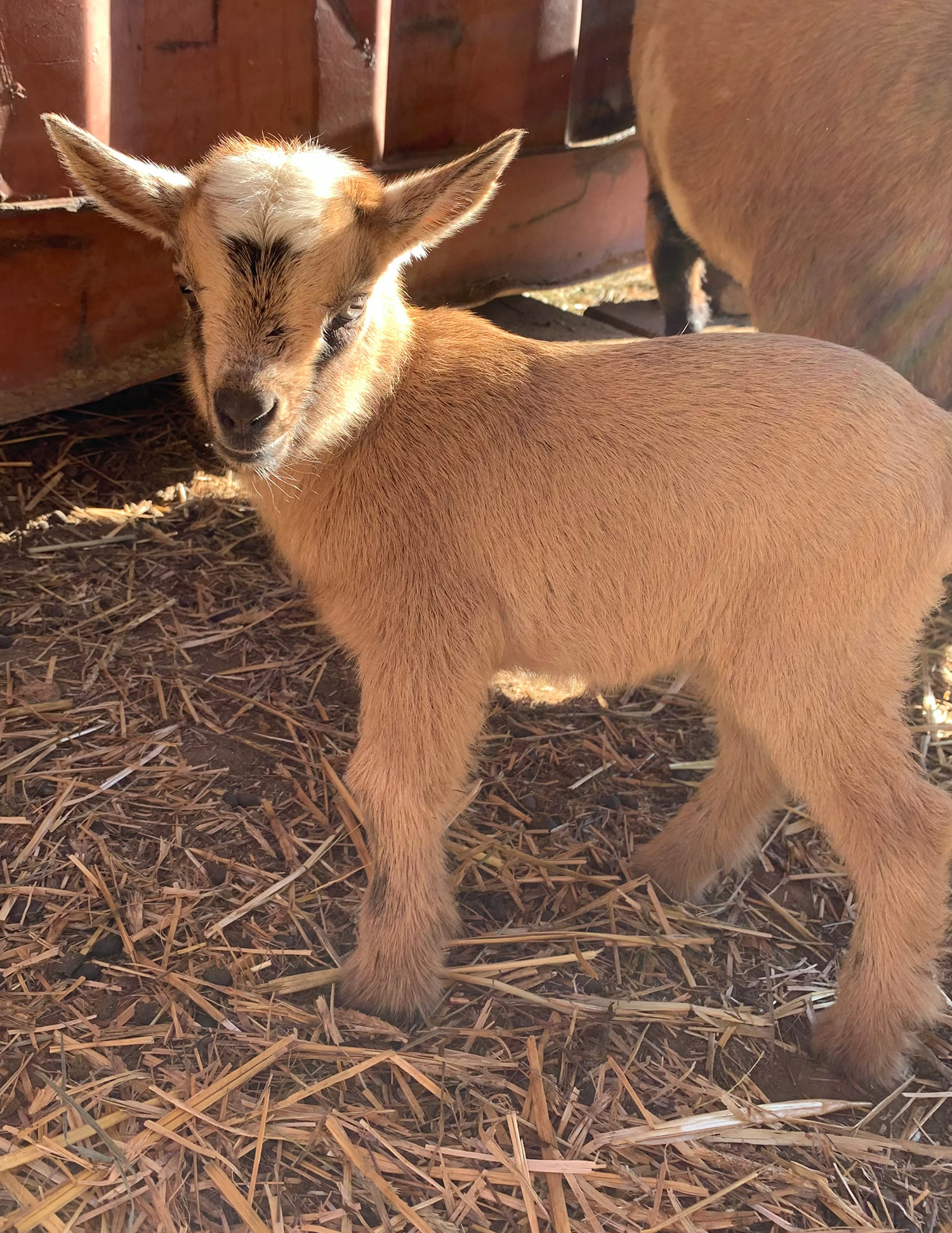 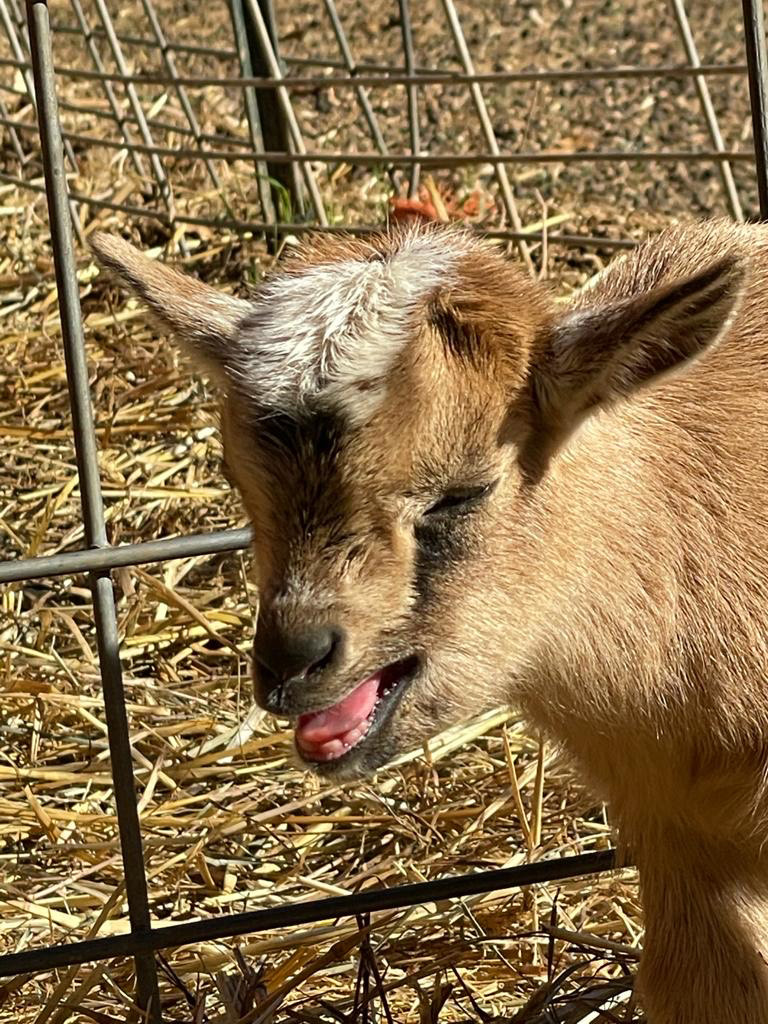