Demand for organic food is ever growing, as confirmed by another poll. This is always good news as organic food production is better for everyone's health, and for the planet, in so many ways.

As summarized from ThePacker.com: "...A majority of Americans pick organically produced foods over conventionally produced when given the choice, according to a new poll... Among the reasons for choosing organic, survey participants cited supporting local growers and health concerns..." 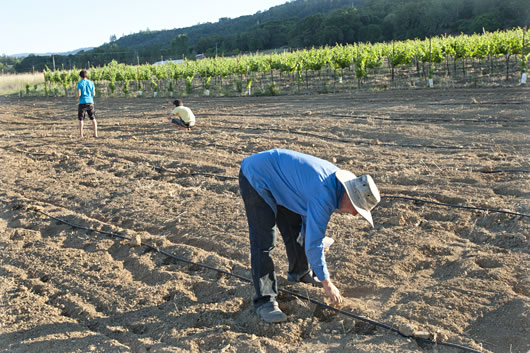 Winemaker and vegetarian Paul Frey and his sons planting organic watermelons in vineyard.