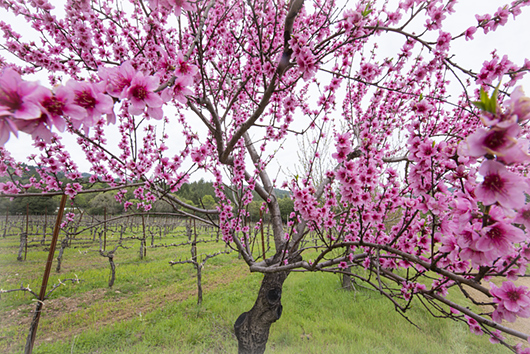 April Fools Day dawned early for those who were foolish enough to sign up for vineyard frost protection.  The first of April brought our first spring frost in the early morning hours and the first night of Frost Patrol.  Temperatures dipped into the low 30s and grape growers throughout Mendocino County scurried about, running overhead irrigation to protect tender new grape shoots from freezing.  Looking ahead into April we are anticipating much colder temperatures than we experienced in February and March.  We expect many more nights of freezing temperatures before danger of frost ends in mid May.

The current fabled California Drought has created some of the most incredible vintages in recent memory.  So far, 2015 has started with the warmest winter on record in California and consequently one of the earliest bud breaks observed on the North Coast.  Every variety including Cabernet Sauvignon awoke from dormancy before the first of April.  We are fortunately at our average seasonal rainfall for our region now and are looking forward to April showers to bring May flowers - grape flowers, that is! 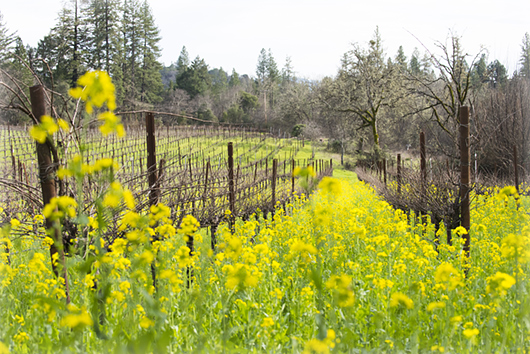 With the cover crops in full bloom and the fields abuzz with insects and birds, we are starting spring field cultivation.  We are in the process of spreading composted grape skins, stems and seeds from previous harvests that will be incorporated into the soil when the cover crops are mowed and disked in as a green manure.  This introduction of organic matter into the soils year after year is a cornerstone of our organic soil fertility management.

Young plantings of Tempranillo, Barbera and Malbec from 2013 at our Road D Ranch are getting established right on schedule for a first vintage of 2017.  This site boasts USGS classified Red Vine Clay Loam soil, renowned for growing hearty red grape varietals in Redwood Valley.  We look forward to experimenting with and adding these varieties to our portfolio of organic, additive-free wines.

After three flawless vintages, we are expecting Mother Nature to dish out some heavy weather in 2015.  There is an Old Farmer’s Wive’s Tale that for one in every ten years of farming the conditions are perfect, and that is considered the norm.  The nine years in between always bring something to complain about.  We don’t need 2015 to be an extraordinary year, we’d be perfectly happy with another “normal” vintage!  Cheers and good wishes for a happy and healthful spring season! 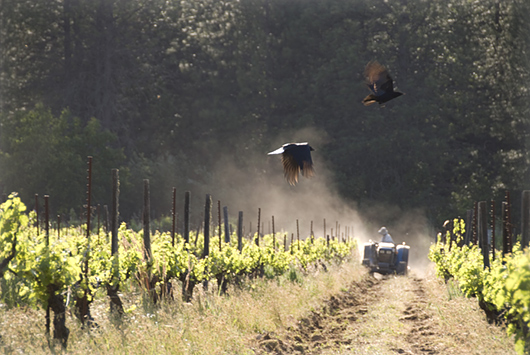 Crows search for worms and bugs behind the plow.