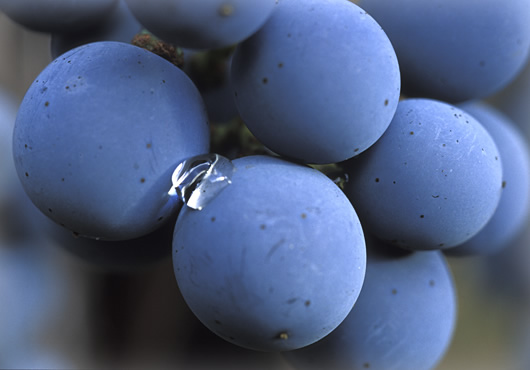 What is spontaneous fermentation? During the grape crush, yeast is usually added to the grape juice to “kick start” the fermentation.  For our line of organic wines, we use certified organic yeast.  For our line of Biodynamic wines we rely on spontaneous fermentation – no kick-starter yeast is added.  Instead natural yeasts that already live on the grape skins get the fermenting going. Yeast ferments the grape juice by eating up the sugar, which gets converted into alcohol. Later, the yeast sinks to the bottom of the tanks.

The goal of Biodynamic winemaking standards is to promote the production of wines that are in sync with the core principles of Biodynamic farming: reliance on site available inputs, sustainability and diversity.  Spontaneous fermentations are required to ensure that each wine is the result of the local yeast populations of the vineyard where the grapes are grown.  This allows the wines to express the complexity of the vineyard biology and it allows the wine drinker to experience the nuances between different vineyards and vintages.

At Frey Vineyards, we are relative newcomers to this age-old practice.  People have been making wine through wild fermentations for thousands of years.  Grapes are one of the few fruits that have enough natural sugar to ferment spontaneously.  Grape fermentations also served as the original starters for other fermentations, from sourdough bread to beer.  While people knew that wine would result when grapes were crushed and left to sit, they didn’t need to understand the life cycles of yeast or the extent and complexity of their populations.

Louis Pasteur first isolated and identified yeast in the 1800’s.  By that time people had already refined and industrialized the process of fermentation.  The wine business was huge, with global production, trade and distribution.  While Pasteur’s discovery didn’t change the way wine was produced overnight, it led the way to the standardization of wines. Once yeasts were identified, people began to study them and isolate them and eventually to control which yeasts carried out fermentations.

There are several genera of yeast in the world and spontaneous fermentations involve numerous strains of wild yeasts that are localized in the vineyard.  Grapes fresh off the vine are teeming with wild yeasts.  In spontaneous fermentations each of the yeasts does a little bit of the fermenting, with the more fragile, less alcohol-tolerant strains starting the fermentation and the more robust ones finishing off in higher alcohol environments.  Each strain of yeast is best suited to certain conditions and each produces specific byproducts that affect the flavor and aroma of the wine.  The result is a wine that is more complex and that is a unique expression of the site where it was grown.

Winemakers in the past had to get by with whatever populations of yeast were found in their vineyards and wineries.  Once people understood what yeast were and how they grow and reproduce they were able to isolate and grow certain strains by taking yeast from active fermentations, isolating them and growing them on a substrate (some kind of sugar).  Yeasts were selected for certain characteristics, such as flavor profile, alcohol, temperature, pH and sulfite tolerance.  People could overpower native yeast populations with introduced strains.  They could pasteurize juice that was rotten, then effectively ferment it.  Such approaches allow more uniformity in the winemaking process.  For mass produced, large-scale industrial winemaking this approach works well because the results are predictable in spite of fluctuations in climate and growing region.  This advance also results in a loss of complexity and flavors because the fermentation environment is essentially a monoculture.

At Frey Vineyards, we are big fans of natural processes and diversity and it has been exciting and rewarding to produce Biodynamic wines through spontaneous fermentations.  We have noticed that our wild fermented wines have an increased complexity of aroma and flavor and we love the surprises that come from each year.  We hope you join us in this return to age-old methods by trying some of our Biodynamic, wild fermented wines.  From the vineyard to the table, they are delicious examples of the natural chemistry of grapes and wild yeasts.

Bruce
@ May 27, 2016 at 5:03 AM
http://www.spiritworksdistillery.com/spirits/
Grapes are one of the few fruits that have enough natural sugar to ferment spontaneously. Grape fermentations also served as the original starters for other fermentations, from sourdough bread to beer. While people knew that wine would result when grapes were crushed and left to sit, they didn’t need to understand the life cycles of yeast or the extent and complexity of their populations.