When I heard the words “Sacred Agriculture,” the first thing that popped into my head was that I was raised by a mother who believed in fairies.  I’d like to tell you how those fairies led me to Biodynamics and eventually to the beautiful land in Mendocino County in Northern California that was to become Frey Vineyards. My mother discovered her fairies in the woods and brooks of Vermont, but managed to find them again in the perennial garden she created in the backyard of our little house in Holland, MI. 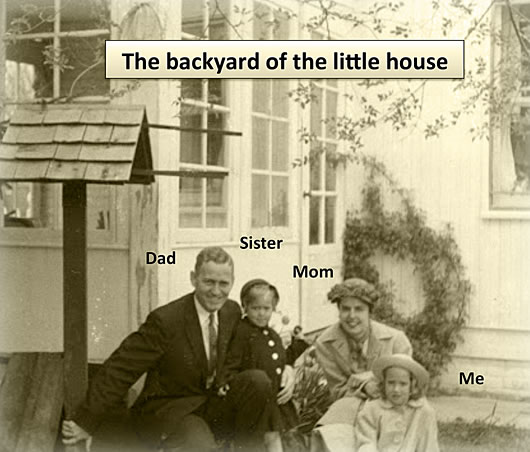 I would spend hours nose down in the lilies of the valley under the lilac bush daydreaming about the hidden intricate world of the fairies and sometimes spotting evidence; a broken stem or little flower caps strewn upon the ground were signs of a night of wild revels.

But eventually I grew up, went to a Quaker College, became a Vietnam War activist and a hippie and moved to California, and generally got distracted from the fairies. Still, I managed to spend parts of each summer working with my grandfather in his perennial garden.  He would chat with his garden and ask it what it wanted him to do next. I came to see the dozens of beds as a responsive and living being.  By now I was seriously considering a career in the nursery business, so when I heard about a Biodynamic Agriculture conference at High Mowing Waldorf School in New Hampshire, I decided to check it out. I was thunderstruck with the beauty of a display of sensitive crystallization images.

Sensitive crystallization provides the viewer with a visual preview of the unique fingerprint possessed by a given substance.

The deep, hidden, exquisite intricate order thrust me back into the land of fairy and I vowed to learn more about Biodynamics.

Returning to California, I apprenticed with Alan Chadwick.  Fellow apprentices were Jonathan Frey, who was to become my husband, and Chris Tebbutt of Filigreen Farm in nearby Anderson Valley 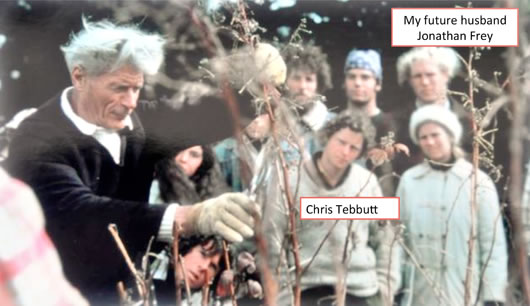 Chadwick saw man’s central occupation as a gardener and farmer, always giving back to the land selflessly and being rewarded with the glorious abundance of nature. He taught us the French Intensive Biodynamic method, lectured on Rudolf Steiner, introduced me to the Revolutionibus, the rhythms of the cosmos, the Archangels and the elemental beings.  My fairies were back.

After a year and a half of apprenticeship, Jonathan and I got married and moved to the Frey Ranch in Mendocino County and started to lay the groundwork for Frey Vineyards.  Today we have grown from 100 to 1000 acres. 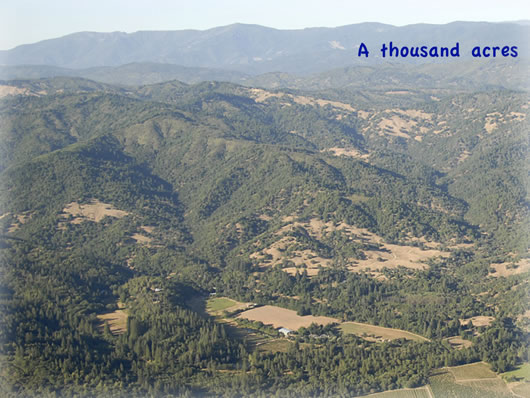 We farm 140 of the 1000 acres with the vineyards meeting the edges of the forest.  At Frey Vineyards we delight in the biodiversity of our land, whether it be the native wildlife in our forestland, the cover crops replenishing our soil, or the multi-talented four generations of the Frey Family who live here.  Each of them has their unique experience of SACRED AGRICULTURE. 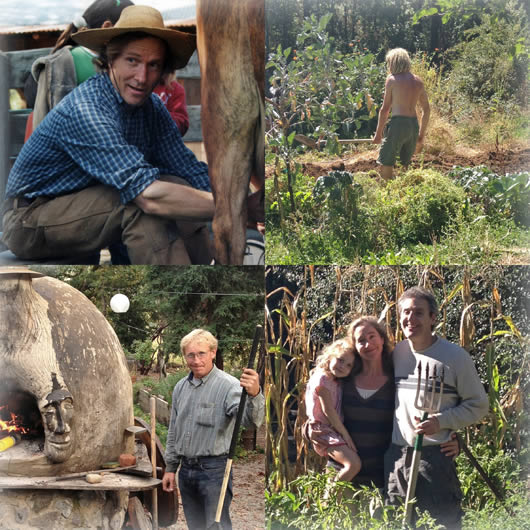 Luke Frey, my brother-in-law, has made it his job to produce all of our Biodynamic preparations and to care for our farm animals with great devotion. He is a master prep maker, studying with Hugh Courtney at the Josephine Porter Institute and completing Dennis Klokec’s Consciousness Studies Program.

We have a lot of hard-core gardeners on the ranch.  My son Johnny, seen here double digging our garlic bed, is a devotee of Yogananda, who saw God in all mankind and taught man to seek for meaningful work and then perform it in a sprit of gratitude and service.

Karla Frey’s garden anchors her to the Jewish cycles of celebrations.  The Sukkat festival reminds us that God will provide for man’s needs and man in turn must be grateful.

Brother-in-law Matthew married Sandra from Bolivia and has embraced the Inca philosophy of no separation between man and nature. Matthew’s garden is his sense of connection.  He says,  “If I’m late at planting it, it calls me.  I save my seeds and somehow they know me the next year.  Every time I add a garden vegetable to my meal, it becomes a part of me and keeps my body and mind and spirit balanced.”

As you can see, we have a beautiful rainbow of philosophies about SACRED AGRICULTURE.  At the same time Frey Vineyards is a big business selling 92,000 cases of wine across North America, Europe and Asia.  So how do we communicate our agricultural practices to our customers?

Stay tuned for the second part of Katrina’s article on Sacred Agriculture in our Spring Newsletter.