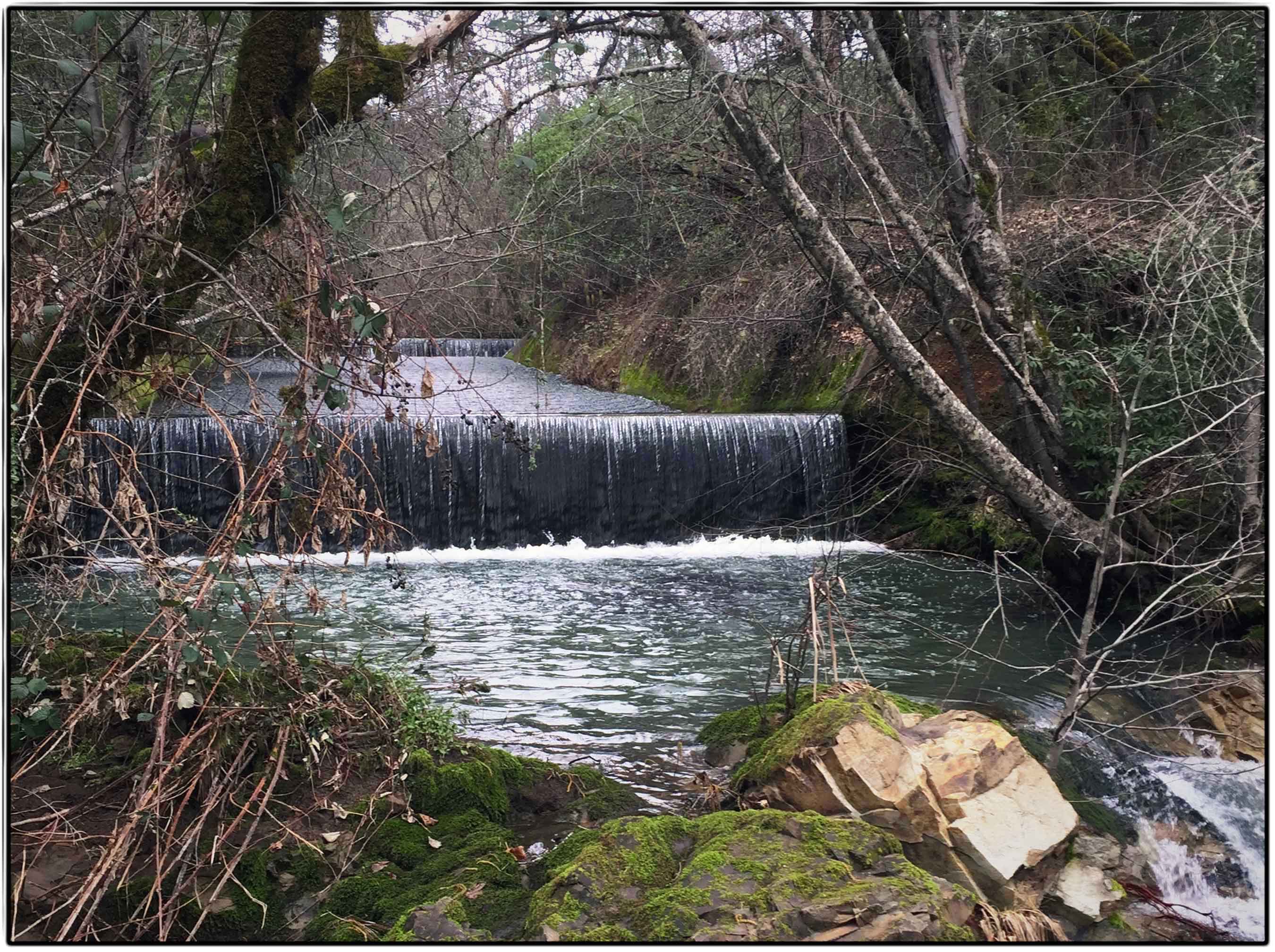 Mariposa Creek is enchanting. It has long been a sanctuary for hikers, and a cool refuge from the summer’s heat.  With its low temperatures and persistent summer flow, Mariposa Creek currently hosts a high quality habitat for resident steelhead trout, a salmon species that has been listed as threatened under the Endangered Species Act, and it is likely that it once provided refuge to vibrant Coho salmon as well.  Russian River steelhead runs in California once ranked as the third largest, behind the Klamath and Sacramento rivers. During the 1930’s and on through the 1950’s, the Russian River was renowned as one of the world’s finest steelhead rivers, and a healthy economy thrived on fishing activity.

Mariposa Creek is a tributary of the west fork of the Russian River, and at their confluence the river’s pools can completely dry up in the summer when streamflows become subsurface below the gravel.  For young fish, access to the upper reaches of the watershed where cooler canyons are fed by spring flow is critical for their survival.  On the lower portion of Mariposa Creek, two fish passage barriers exist that inhibit migratory fish from accessing upstream habitat to spawn and rear.  The first barrier exists at the Tomki Road culvert that was rebuilt in 1972, and the second barrier, which is only three quarters of a mile upstream, is a reservoir spillway.  The reservoir was constructed in the 1960’s, and at the time was specifically designed to provide fish passage. Unfortunately, stream conditions changed over time and the depth of the channel became greater, creating a total barrier to fish. 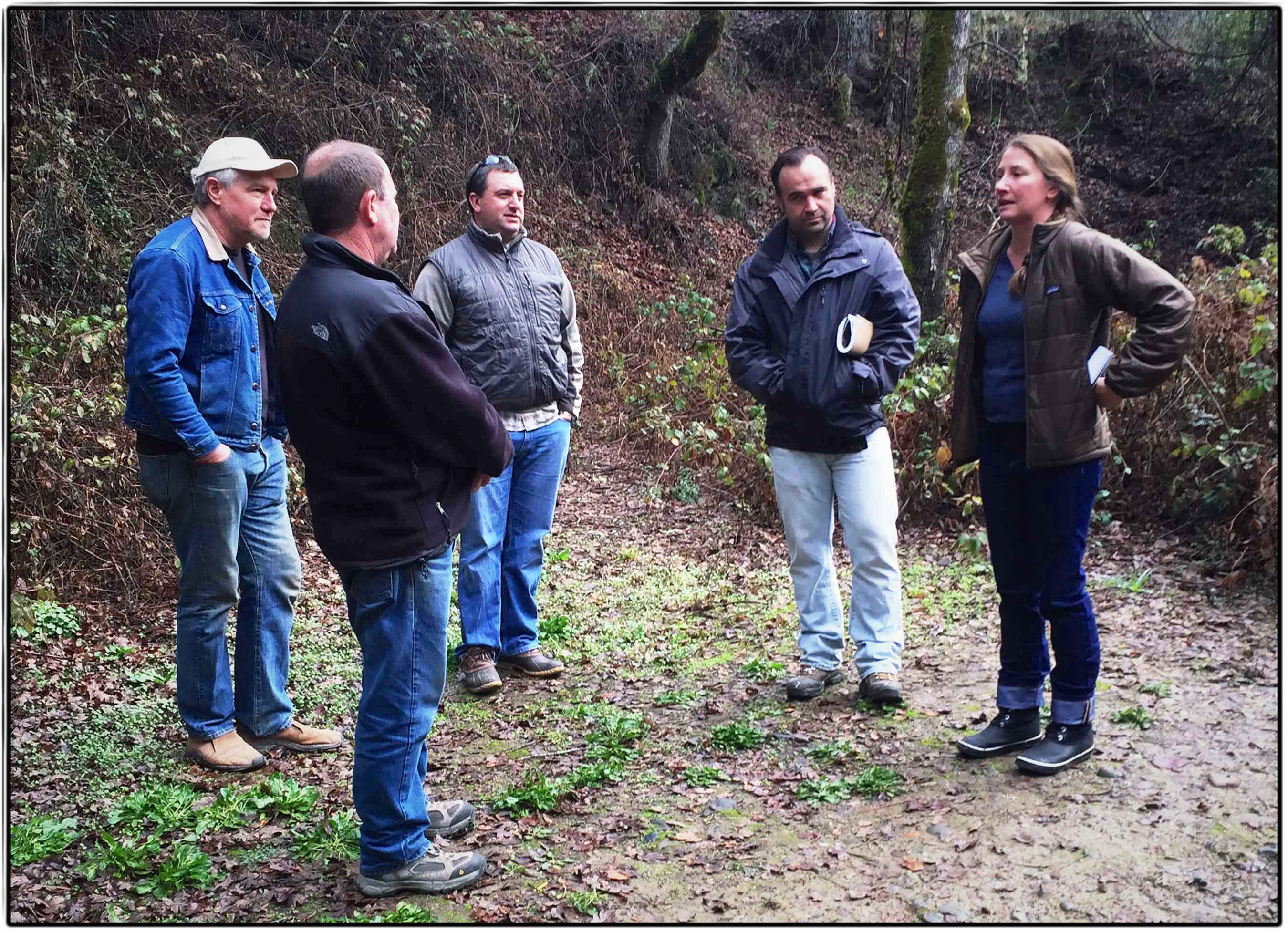 Frey Vineyards and their neighbor Cathy Monroe of the Easterbrook Ranch have been enthusiastic proponents of restoring steelhead to Mariposa Creek.  This neighborhood-led, voluntary restoration effort began in 2001 and now is gaining momentum due to the collaborative efforts of several interested stakeholders. Thanks to the efforts of Frey Vineyards and Cathy Monroe, and with the help of their agent, North Coast Resource Management, Trout Unlimited, National Oceanic Atmospheric Administration (NOAA), and the County of Mendocino, a high priority salmon stream has entered into a preliminary design phase for exploring fisheries restoration options.  Funding for this preliminary design phase of the project was provided by the NOAA Habitat Blueprint Program which is a strategic program that aims to integrate habitat conservation into existing agency programs by focusing efforts on priority areas, like the Russian River watershed.  The program intends to increase the effectiveness of NOAA efforts to improve habitat conditions for fisheries along with other economic, cultural, and environmental benefits our society needs and enjoys. The preliminary designs will help the stakeholders explore the available options for restoration for both the on-stream reservoir and the county road culvert on Mariposa Creek. The project stakeholders will evaluate each option and then collaboratively select the best alternative that will achieve multiple benefits for fish, wildlife, and the surrounding community. Future phases of the project will most likely rely on securing grant funds in order to complete engineered designs and eventually construction activities.

Commenting has been turned off.