The glory of the summer sun shines down this time of year, illuminating the full palette of colors and flavors in the Frey Vineyards gardens.  Out past one vineyard, beyond a blackberry hedgerow, Jonathan Frei works with the soil.  His experiments began long ago in his childhood garden where kitchen herbs grew around his New Hampshire homestead. 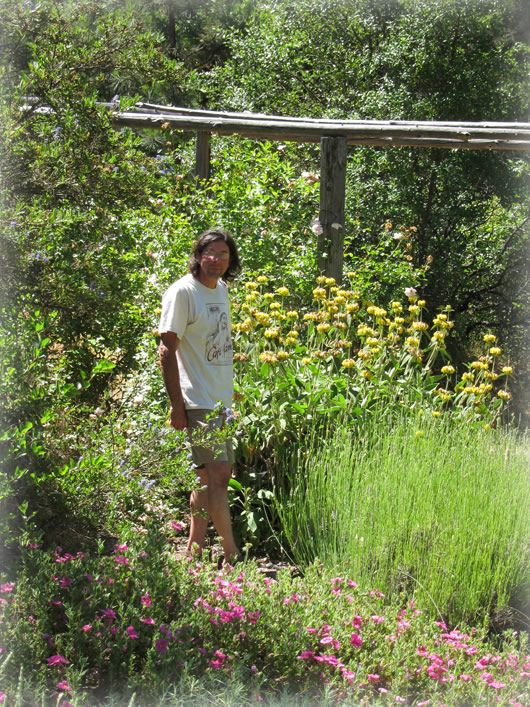 Jonathan Frei in his garden.

After graduating with a B.S. in soil science from the University of Vermont, Jonathan transplanted himself in the West coast where he’s become an acclaimed master gardener, turning the earth into black gold wherever he tills.  He adds that he is a “proud father to three amazing children,” two of which were in the garden when we arrived.

When entering Jonathan Frei’s garden one can see his gardening roots where culinary herbs surround his cabin in the woods.  Paths lead out from his home between rows of colorful drought-tolerant bushes, many of which were in full-flower when I interviewed him. I brought my four year old son, Osiris, along to visit, and he found bliss in the several patches of Jerusalem sage, sucking sweet nectar from the abundant yellow flowers. 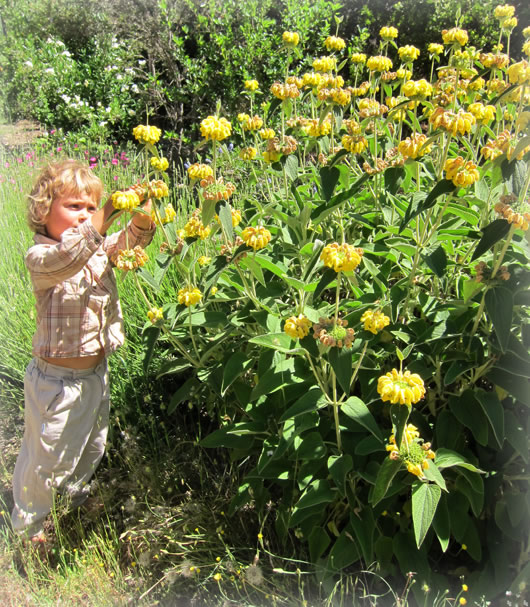 Jonathan and I walked to his experimental garden project, where he is cultivating 20 different types of blueberries amidst native perennial trees, shrubs, and poor soils. We grazed on some of the most successful bushes that have provided a taste of fresh fruit for several years now. 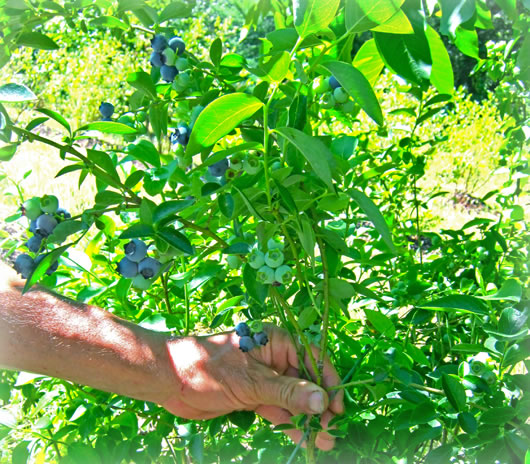 Aside from his blueberry adventures in homage to his Northeastern heritage, Jonathan has a history of making gardens come to life along the West coast. He worked at what is now the Occidental Arts and Ecology Center, to lead a team of gardeners there years ago.  Later, in Mexico, he started the internationally acclaimed organic garden of Rancho La Puerta in Baja, California. These days, when Jonathan isn’t working at the winery to help produce and promote Frey wines, he’s working with the land, perfecting the art of kitchen garden design, and pairing aromatics with vibrant flowers – all to create a whimsical and functional landscape.