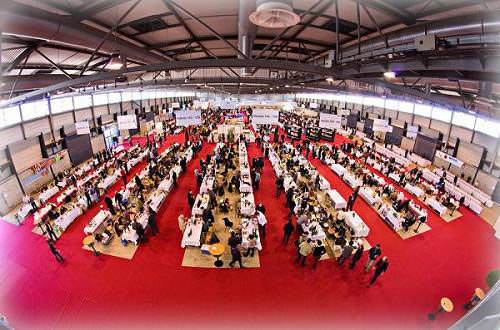 The show featured wines from Europe, Eastern Europe and beyond, with 470 wineries represented. Katrina Frey said, “As the only US winery there, and coming straight from our NOSB victory to maintain the definition of Organic Wine in the US as wine made with no added sulfites, it was gratifying to meet so many European Winemakers who are experimenting with making non sulfited wines.”

We look forward to continue our participation in this event, to share notes and collaborate with more European winemakers as their non-sulfited wine movement expands.

Check out this video from Millésime Bio 2012, including a short interview with Katrina Frey at the end.