On January 28-30 Katrina and Jonathan Frey attended the Millésime Bio, the largest organic wine trade show in the world, held in Montpellier, France.  The festival was particularly special this year, not only because of its 20-year anniversary, but also because Frey won a gold medal for our 2010 Organic Cabernet Sauvignon!  To be chosen out of nearly 700 exhibitors from 11 countries in Europe, South America, and South Africa was quite an honor (we likened it to the organic wine version of the “Judgment of Paris” in 1976!) and we were proud to be the only medal winner from the U.S.  In addition to the annual wine competition, the 3-day trade conference holds seminars on organic winemaking, wine tourism, resistant grape varieties, and the new European winemaking regulations.

Established in 1993 by a group of winemakers in Languedoc-Rousillon, the Millésime Bio continues to be the gold standard for international organic wine.  This is Frey’s fourth year participating in the event, and it’s always a great venue for catching up with some of our organic pals.  “It’s a great exchange of knowledge,” says Katrina Frey. “We’re very excited to see more European interest in non-sulfited winemaking.” 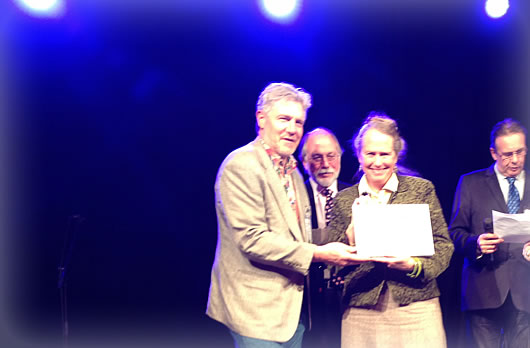 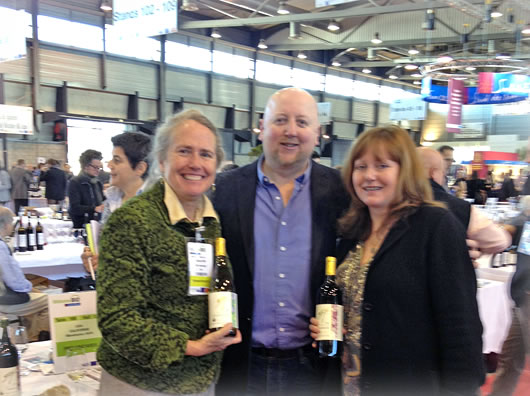 Meeting our UK distributors John and Jane Lang from GoodWineOnLine. Interest in Biodynamic wine is huge in the UK. 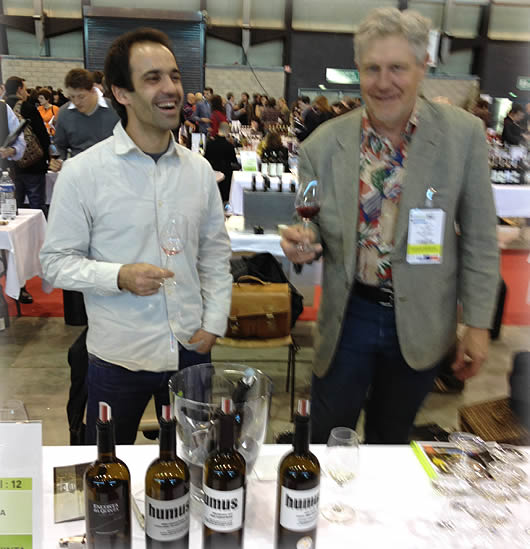 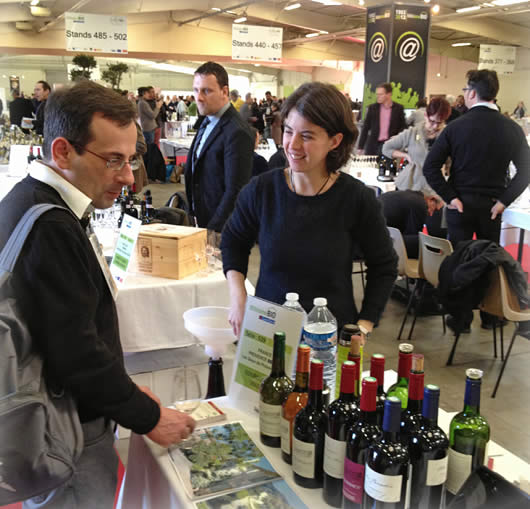 Eve Cartier from the Provence winery Mas de Gourgonnier worked with us 7 years ago. They produce beautiful organic olive oil and wines, and now a sulfite-free wine. 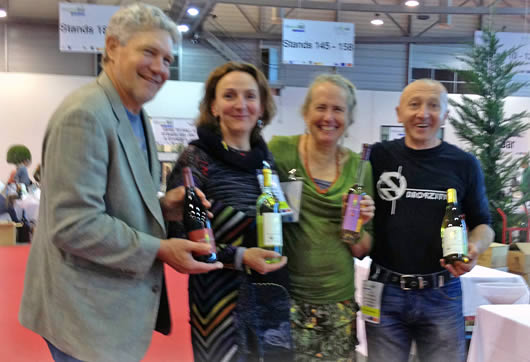 New friends Karl and Eva Schnabe, from Weingut in Austria. The Schnabels make natural wines and pasture cows in their vineyards.