Testing by EXCELL Laboratories in France from the 2009 and 2010 vintages found that only 10% of 300 French wines were free of pesticide residue*. The majority of residues found were fungicides, which are applied late into the growing season. EXCELL Laboratory, which is owned and operated by Pascal Chatonnet, an innovative figure in the French wine business, now plans to offer pesticide residue testing to winery clients. Wines tested that contain no more than five substances in levels 100 times lower than the Maxium Residue Limits Set by the EEC** will be able to use EXCELL’s certification, called “+ Nature”. The idea is to have a scale of pesticide residue that can be put on wine labels so that consumers can choose wines with less contamination. 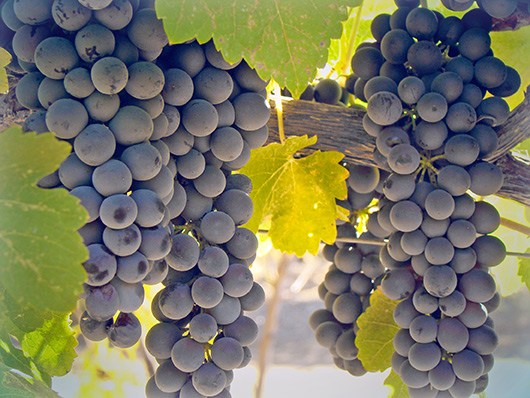 A similar study by the European Pesticide Action Network in 2008 found that 100% of conventionally farmed wines in Europe contained pesticide residues. Many of the wines contained traces of several different pesticides. (View a PDF of the report here.) The organic wines tested in the study were all free of pesticides except one; researchers expected the presence of pesticides in the organic wine was due to chemical drift.

The EPA in the US and the EEA (European Environment Agency) would tell you not to worry because the levels of all pesticides were within the legal acceptable limits for each individual substance. This approach fails to look at cumulative levels of all pesticides that were found. Also, lack of research about how these substances interact in combination is a valid concern. As Chatonnet explains, “It is possible that the presence of several molecules combined is more harmful than a higher level of a single molecule.” Chatonnet and others advocate an industry wide shift towards less toxic pesticides, coupled with more precise application methods to avoid overuse of toxic substances.

* You can read Decantuer magazine’s summary of EXCELL’s research here.

** The EEC is the EU-Eco Regulation, which is label for products and services that have a reduced environmental impact in the European Union. While raw agricultural commodities are subject to Maximum Residue Limits (MRLs) set by EEC agreements, MRLs do not apply to processed foods, including wine. More info can be found here.