Charbono is a grape with a labyrinthine past. Some say it originated in Northwest Italy as the grape Bonarda, and that it closely resembles the varietal Dolcetto in flavor and growing profile. More likely it came from the Savoie region of Eastern France where it is known as Charbonneau, or Doux Noir (“soft black”). In the early 19th Century it was the most widely grown red wine grape in France. It also shows up in the historical record as an Etruscan grape, planted nearly 3,000 years ago. Luckily, it was exported to South America where it continues to thrive in pockets of Argentina, before it was all but wiped out in the Old World by phylloxera in the mid-1800's. 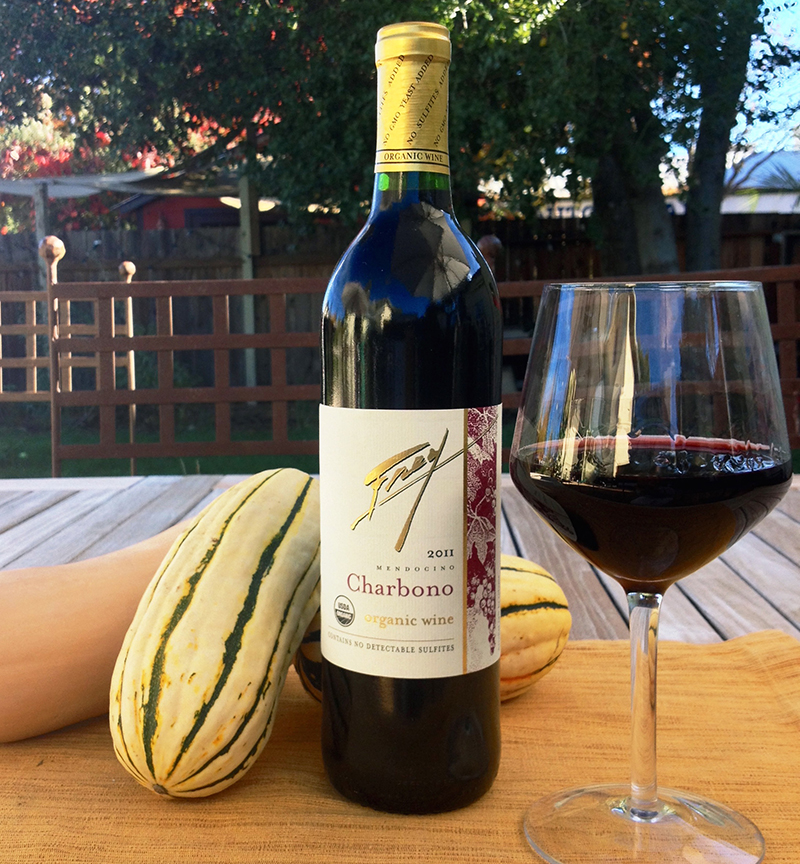 Yet for having such a long track record, it is now considered a rare bird, and there is very little of it planted in California today, hovering around 80 acres. Charbono arrived in Calistoga in the 1880’s at Inglenook Winery, where it remained in production straight through Prohibition as a sacramental wine. It is very late ripening, which can require extra hang time in the vineyard, and puts it in danger of early fall rains that can produce mildew within the tight clusters. The fruit is paricularly slow to reach adequate sugar levels and is often picked at 22-23 brix. However, the longer hang time does allow for the development of mature flavors, even as sugars stay low.

In the U.S., Charbono is considered one of the first cult wines, in part because of its exotic heritage, and also due to its unique flavor profile. Charbono displays a wide range of flavors that can often include kola nut, vanilla bean, cassis, violets, and tar all in one. Although a huge proponent of the unusual grape, Randall Grahm of Bonny Doon Vineyard declares Charbono to be “terminally rustic” because of its bold and uncompromising flavors. In the glass, it is traditionally a deep, inky, purple color and was used most often as a blending grape until it caught on more recently as a single-source varietal.

Our 2011 Organic Charbono comes from 3rd generation grape grower Eddie Graziano in Calpella in Mendocino County. The grapes are from two different blocks, one with old vines planted by Eddie’s grandfather, and the other with 12-15 year-old vines. Our Charbono has aromas of wild berry and oak barrel. On the palate, it is gentle and broad without being heavy. Supple damson plum merges with lengthy opulent tannins. Because of the higher acidity and lower alcohol it can cellar longer than some of our lighter-bodied reds. This would be a fantastic pairing with mustard seed-encrusted roast venison or purée of chestnut soup. This limited release is available in our wine shop.