Genetically Modified Organisms (GMO's) are the result of laboratory processes which artificially insert foreign genes into the DNA of food crops or animals.  Those genes may come from bacteria, viruses, insects, animals or even humans.  GMO's are not safe, but have been in the food supply since 1996.  Most Americans say they would not eat GMO's, but the U.S. does not require labeling.

Genetically modified foods are linked to toxic and allergic reactions, sick, sterile, and dead livestock, and damage to virtually every organ studied in lab animals. They are banned by food manufacturers in Europe and elsewhere, yet GMO's are present in the vast majority of processed foods in the US.

What can you do? Frey Vineyards is proud to support the work of author and speaker, Jeffrey Smith. His website, ResponsibleTechnology.org, outlines steps to push out all of the GMO's from the US food supply. Please join us in this very important work! Consumers have already created a huge demand for milk from cows that have not been infected with genetically engineered bovine growth hormone (rbGH or rbST). 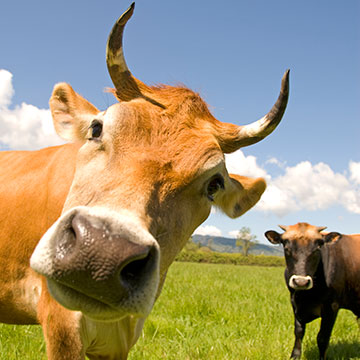 In 2004 the citizens of Mendocino County, California, passed the first US county ban on the propagation of genetically modified plants and animals. Written by local medical researcher and activist Els Cooperidder, the ordinance was originally conceived as a way to educate the citizens of the county about the unintentional and untested results of genetic engineering. The campaign soon turned into a David versus Goliath battle between the grassroots proponents of the ordinance and the multibillion dollar biotech industry, led by Croplife International which is funded by most of the companies spreading genetically engineered seeds across the planet. Mendocino County was flooded with propaganda from Croplife, but the truth prevailed and Measure H was passed with a 57% majority of votes.

Along with other Mendocino wineries, grape growers and organic food producers, Frey Vineyards dedicated many of their resources to the campaign. Winemaker Paul Frey gave speeches on the flawed science of genetic engineering in agriculture and Jonathan and Katrina Frey served on the strategy and fundraising committee. In the Frey office, Isabel and Julie stuffed envelopes and answered phone calls from citizens and the press while Matthew put up signs in local roadside vineyards. There was great jubilation the night of the victory! To learn more please visit GMOFreeMendo.com